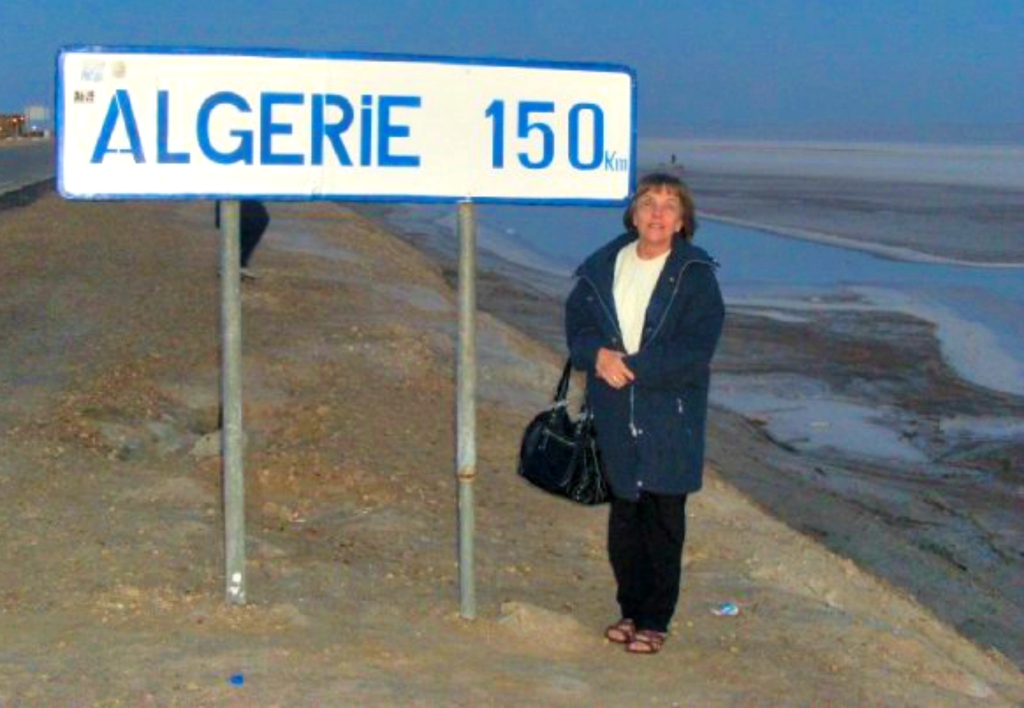 Another travel escape: It’s early in the morning, around 5 a.m. I’m taking this picture of my mother at Chott el Djerid, translated from Arabic into English as “Lagoon of the Land of Palms.”

The salt lake is the largest in the Sahara Desert, south of the Atlas Mountains (where a community lives underground in caves).

During midday in summer, temperatures can soar to 50 °C (122 °F), and there is intense radiation. This otherworldly site is also the filming location from a scene in Star Wars. In Greek mythology, the birthplace of Goddess Athena.

iThere are no comments

Begin typing your search above and press return to search. Press Esc to cancel.